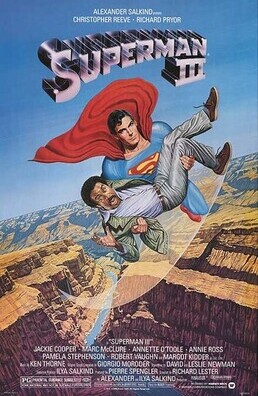 By Source, Fair use, Link

A financial tycoon hires a computer programmer named Gus Gorman, Ross Webster to take control of a weather satellite and to eliminate a coffee crop. As soon Superman finds out, he can ruin their plan, because of this Webster instead commands Gordon to locate kryptonite, One of Superman’s only weaknesses. When Gordon replaces a missing and unknown element located inside the kryptonite with Tar, an unexpected effect happens when presented to Superman. In 1983, a lot of people, especially the young ones, made sure that they watched this movie. They will never let something so great just to pass by. This is a hit to almost everyone and became a talk of the town.